Why I jumped bail, fled from Nigeria – Namdi Kanu 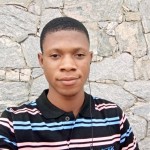 The self-acclaimed leader of the proscribed Indigenous peoples of Biafra, IPOB, Nnamdi Kanu on Tuesday 29th of June 2021, opens up on why he fled from the country despite the criminal charges of terrorism brought against him by the federal government.

Nnamdi Kanu who was brought to court for the continuance of trial shortly after he was intercepted by a security operation, sought the permission of Justice Binta Nyako to address the court and present his side of the story.

Kanu told the court that his house was unlawfully overrun by security men along with his life seriously threatened.

Nnamdi Kanu’s reaction was provoked by the federal government evidence through counsel Shuaib Labaran that Kanu jumped the bail granted by the court to escape trial by fleeing out of the country.

Moreover, Labaran had applied to the court for an order to remand Kanu in the custody of a security operative (Department of State service).

John Eyonu popularly known as Coolzybright was born on 05 January 2000 (20 years old) born in Akpakpa Okpoga in Okpokwu Local Government in the Area of Benue State. He started his Primary School from 2005 to 2011 at LGA Primary school Akpakpa, Okpoga in Benue State. He further his Junior class in UBA Ugwu Okpoga where he got a scholarship to Senior class at G.S.S Okpoga without paying for admission and school fee till after SS1, because of his intelligence, and good manner. He was also awarded a brand new Tecno 605 by the principal of the school, Mr. Ejeh O Boniface John Eyonu as known as coolzybright graduated in 2017 from Government Secondary School Ugwu Okpoga. He writes jamb 2019 with 200 scores, he applied to medicine and surgery but Fortunately, he was denied the course as JAMB give him Microbiology to do his degree in Benue state university, makurdi. He is a Blogger, Computer Operator, graphics design, and professional Barber. He is gentle and cool, he is a very handsome boy who is struggling every day in other to succeed in life. Follow him on Instagram to know more about him @Coolzy-bright the same username on Twitter. He resides in garki Abuja, Nigeria

Sometimes I feel discouraged in life, at that poin

This man killed himself because of hungry

How a man strangled his wife to death and killed h

Why I jumped bail, fled from Nigeria – Namdi Kanu

When You Drink Water In Your Empty Stomach Early In The Morning, These 4 Things Happen